Tutorial - Browsing Through The Code

sbt needs a certain format of the folder structure. At the top we have src folder. Inside src we main and test. Inside main, we keep the actual code while inside test, we keep the unit test cases. Please note that unit test cases too will be written in scala.

Inside, main, we have created a folder named scala. If we had some code in java we would create java folder parallel to scala. Inside scala folder we have com/cloudxlab/logparsing folder structure. This folder structure is the same as our namespace or package of the code.

Now, let's go to the folder having our code. 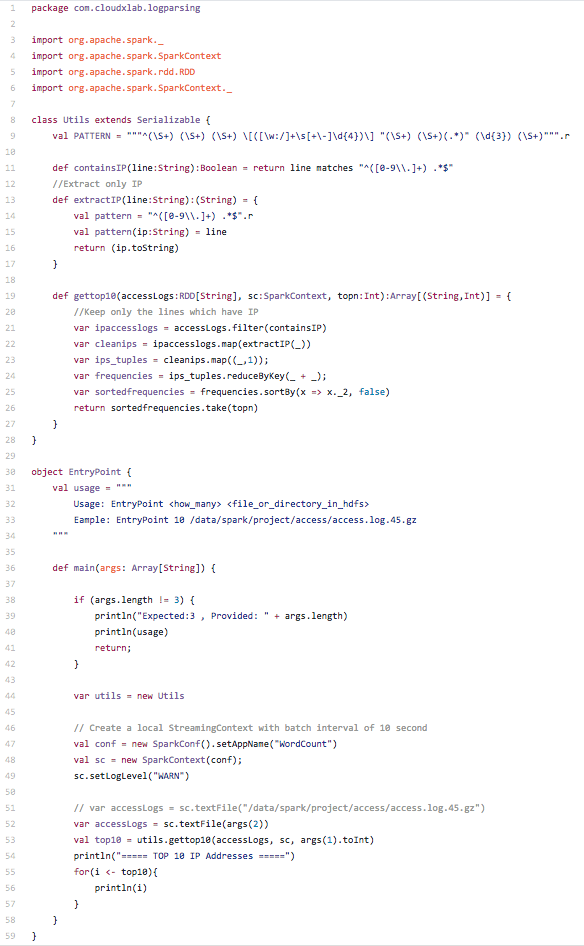 This file contains the actual code. Remember the code we executed on the spark-shell?

There are only deviations from that code:

Here are we are first creating configuration object and specifying the name. We can also specify other properties of conf object. Then we are creating SparkContext sc object. To reduce the loglevel we are setting it to WARN so that only log-messages that are of WARNING or above severity will be printed. 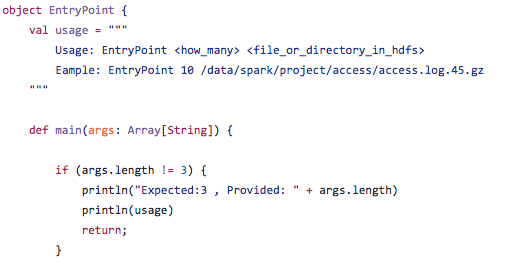 First we are checking for valid command line argument and then we are calling using the value in val top10 = utils.gettop10(accessLogs, sc, args(1).toInt)

So, while calling it using the spark-submit, we are going to pass the path in HDFS as argument.

No hints are availble for this assesment

Answer is not availble for this assesment