Cyber-Security-Awareness-Month-Coupon| 10% off on all CloudxLab Pro Subscriptions! | COUPON CODE - CSA2022 | Valid Till 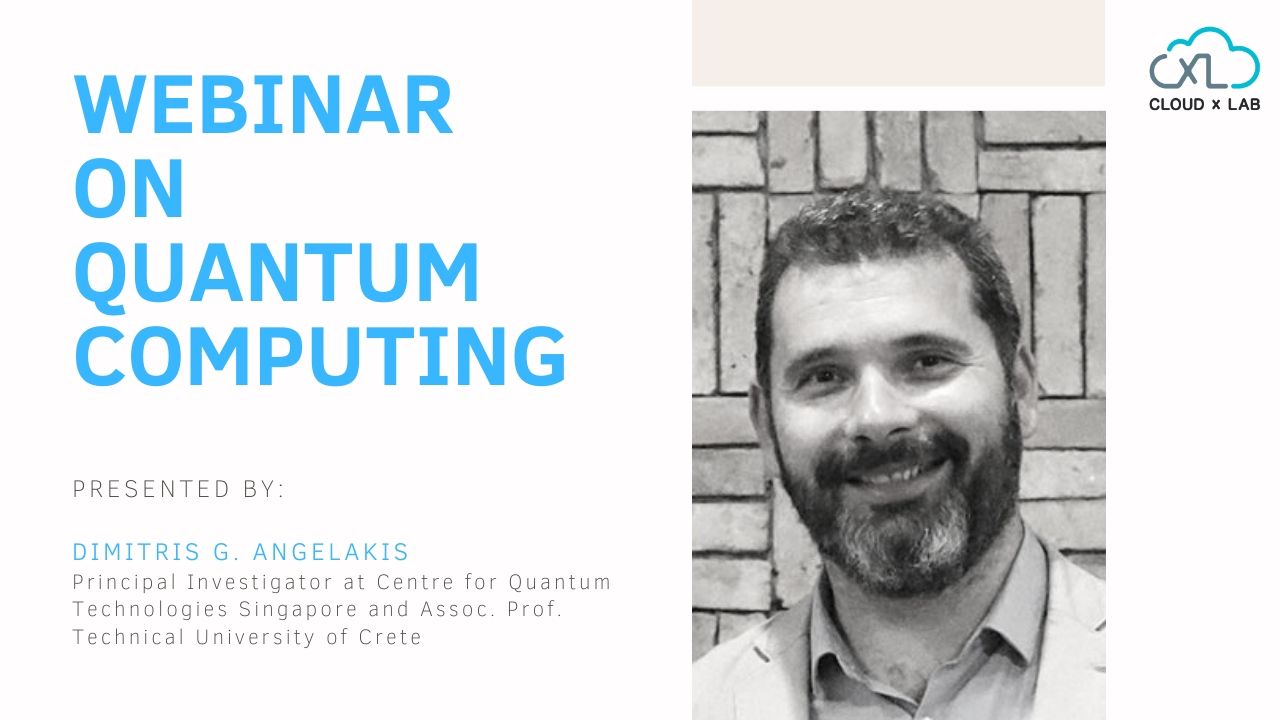 As the world enters the new era of Big Data and AI, the processing power of the usual computer has become the bottleneck. Moore's law which stated that computing power will get doubled every 2 years, has already failed in recent times. Quantum computing seems to be the only viable way forward.

While a fully-fledged quantum computer is yet to come, development over the past five years has been fast. Among others, Google recently achieved quantum supremacy via solving a mathematical problem in 200 seconds which the world’s fastest supercomputer would take 10,000 years to produce similar output whereas IBM has put prototype quantum computers on the cloud.

So this is the right time to learn about quantum computing. Hence, we are conducting an online webinar with the leaders of Quantum Computing to give an introduction about it and it's future possibilities.

The agenda for this webinar is: He regularly delivers talks about quantum computing to non-specialist audiences and consults industry, banking and IT sectors about the upcoming revolution in quantum computing and possible commercial applications.

His past research has received the Institute of Physics UK, Quantum Electronics and Photonics Thesis Prize in 2002, the St Catharine’s College Cambridge JRF in Physics in 2001, the Valerie Myescrough Prize 2000, the Greek Ministry of Defence Young Scientist Abroad prize 2004, and more recently two Google Quantum Innovation Awards in 2018.

Sorry, the event has expired.